With BueLingo, You Can Have It All, Performance and Beauty Too 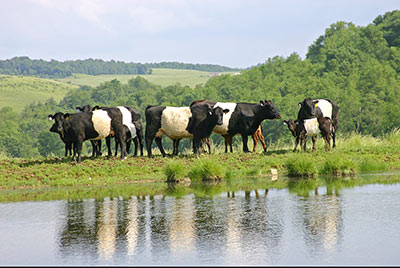 The BueLingo breed of cattle was developed in Ransom County, North Dakota, on the Bueling Ranch, by Russell Bueling and R. B. Danielson of the Animal Science Department of the North Dakota State University at Fargo.

The breed is now distributed into twenty eight states and three Canadian provinces. They are well accepted all over North America. The founders of the breed have followed a planned program to develop a breed of cattle that suits today's needs for low birth weights, fast growth and quality carcasses. The goal has always been to produce cattle that solve many of the management problems in beef herds and are hardy and economical to maintain with high fertility and outstanding carcass merit. Cows must calve regularly and raise calves that show a high proportion of the cow's weight. 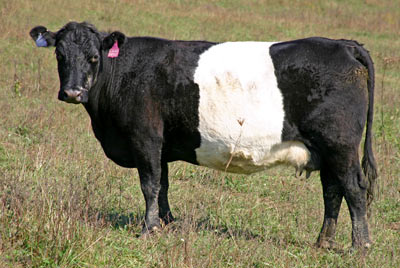 The BueLingo breed is well adapted to the vast range areas of the West as well as lush farms of the south and east. This is the perfect breed for the operator who must have a profitable farm or ranch operation yet may not necessarily own a large acreage.

BueLingo cows are extremely fertile and reach puberty at an early age.They are known for their docile dispositions, and for their ample supply of rich milk. Birth weights of the calves mostly run under 72 lbs. with 205 day weaning weights running as high as 650 to 770 lbs. The cows show excellent femininity. Poor udders are almost unheard of as is vaginal prolapse and many of the other costly beef cattle problems. 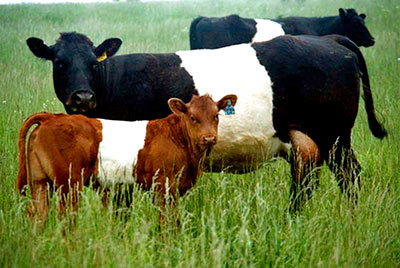 BueLingo excel in the three most needed traits in today's beef cattle herds. Maternal instinct, growth ability and disposition. The result is increased beef production per cow while maintaining efficiency. 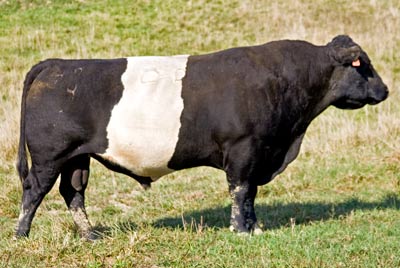 The BueLingo is a unique blend of breeds which adds an attractive, eye-catching appearance to the other vital traits. Often BueLingo producers are folks who desire to excel, yet choose to be different.

The BueLingo is a composite breed based on selecting the best of a number of breeds to create one very special breed. 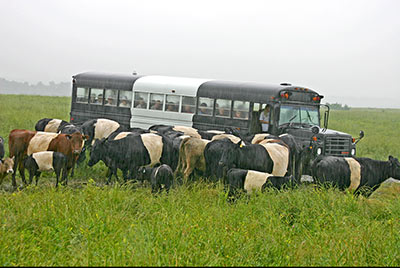 Important to a breed's overall performance is disposition. The BueLingo has a docile disposition which may well affect growth, conception rates, fertility, calving ease and maternal instinct. The BueLingo are a pleasure to work with.

Registered BueLingo can be either Black or Red Belted. The belt size varies but is required to be located between the hip bones and the shoulder blades and must encompass the entire body without breaking. Other colors such as grullo and dun belted are eligible for registration the the BIF registry. 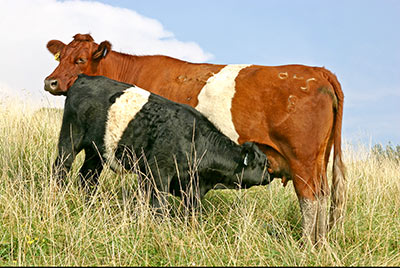 BueLingo females excel maternally. They are noted for femininity, early puberty, consistent fertility, calving ease of both heifers and cows, abundant and quality milk production. Calves wean at a higher percentage of their mother's weight than most cattle breeds.

Following a course of selection, herds have been developed in which 100% calf crops have been reported consistently.

The BueLingo bulls are prepotent and have the ability to transmit the breed characteristics on any other breed, often producing a belted calf, depending on the breed selected.

The goal of the BueLingo Society is to develop a breed that completely suits today's needs. A BueLingo cow will weigh from 1100 - 1200 pounds on range in lactating condition, will wean a 600 to 700 pound calf in 205 days, that will continue to grow fast - weighing 1000 -1100 pounds at one year. This goal has been met, maintained and sometimes surpassed in the better herds. Light birth weights and the ability to grow and gain efficiently in the feed lot attest to BueLingo's total performance ability. 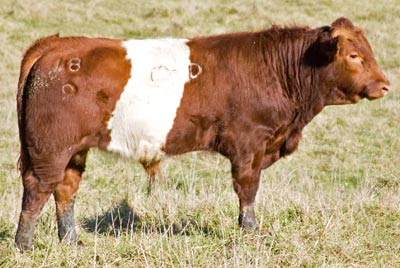 At two years old, BueLingo heifers are big enough to calve easily and produce abundant milk to make the first calf a good one.

Mature cows require less pasture and winter feed than the larger exotic breeds. Largely due to their easy fleshing qualities. 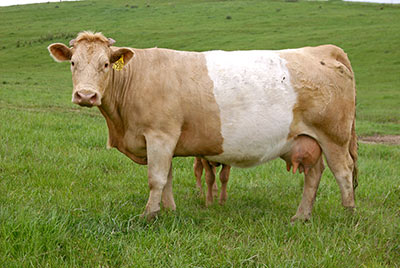 Dickinson Cattle Co., Inc. was an early member of the BCS and registered many of the first foundation BueLingo breeding stock. The 100% performance testing program and serious selection of superior quality makes DCCI BueLingo some of the best in North America. The current BCS President, Joseph Steve uses a superior DCCI BueLingo Sire (Cycle Progress) as his senior sire. Numerous major BueLingo producers have purchased DCCI genetics and frozen semen.

Starting a BueLingo herd is a wise move for land owners desiring maximum return on a small amount of land.

Numerous 4-H & FFA exhibitors have chosen BueLingo for their show prospects. Registered breeding stock are available for purchase from DCCI and deliveries can be arranged. The "BueLingo Legacy " video is available for $10.00. A DCCI on-line price list is updated monthly of sale inventory at the ranch site www.buelingo.net; Contact DCCI at 740/758-5050 for purchase of high quality BueLingo.